Take a deeper look at the the Inventory API.

Inventory changes (including changes due to sales transactions) can be sent to Square out of order. As a result, adjustments and physical count updates require a client-specified RFC 3339 timestamp (occurred_at) so the inventory history can be ordered correctly.

Consider a situation where the Square Point of Sale (POS) application processes transactions in offline mode while a custom inventory management solution makes inventory adjustments through the API.

Assume that the related item variation starts with 100 IN_STOCK units.

Consider the case where the Square POS application captures a sale after the InventoryCount request but before the InventoryPhysicalCount update. 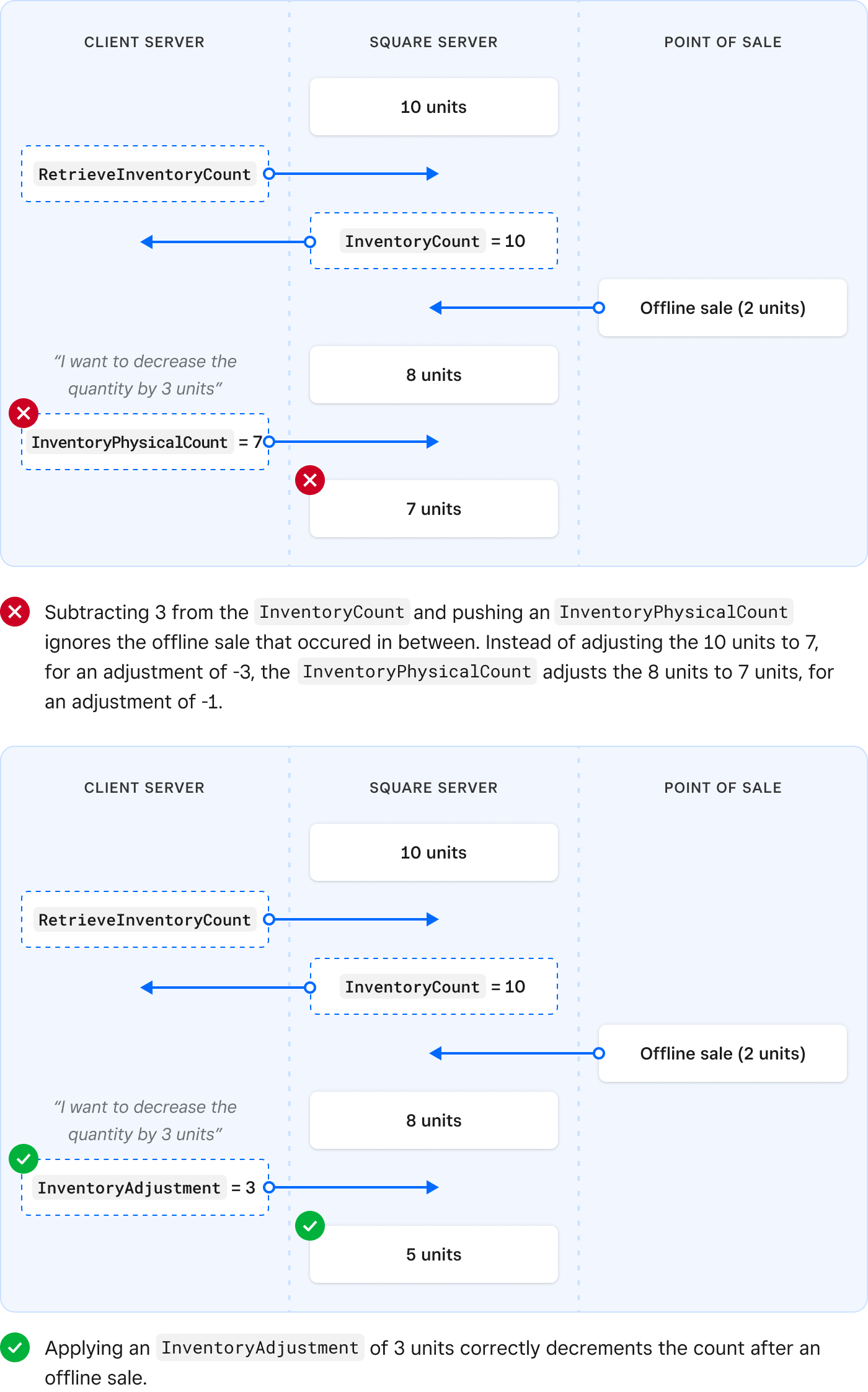 The correct way to track sales through a non-Square system is to push an InventoryAdjustment that moves units from IN_STOCK to SOLD. Inventory adjustments force Square systems to apply inventory changes in the correct order rather than explicitly overwriting the count. For example, by subtracting the three units sold externally after subtracting the two units sold through the Square POS application.

Square servers record inventory operations based on timestamps provided by the communicating client and batched updates succeed or fail as atomic operations. For example, consider the case where a single request batches the following changes for a single item variation: 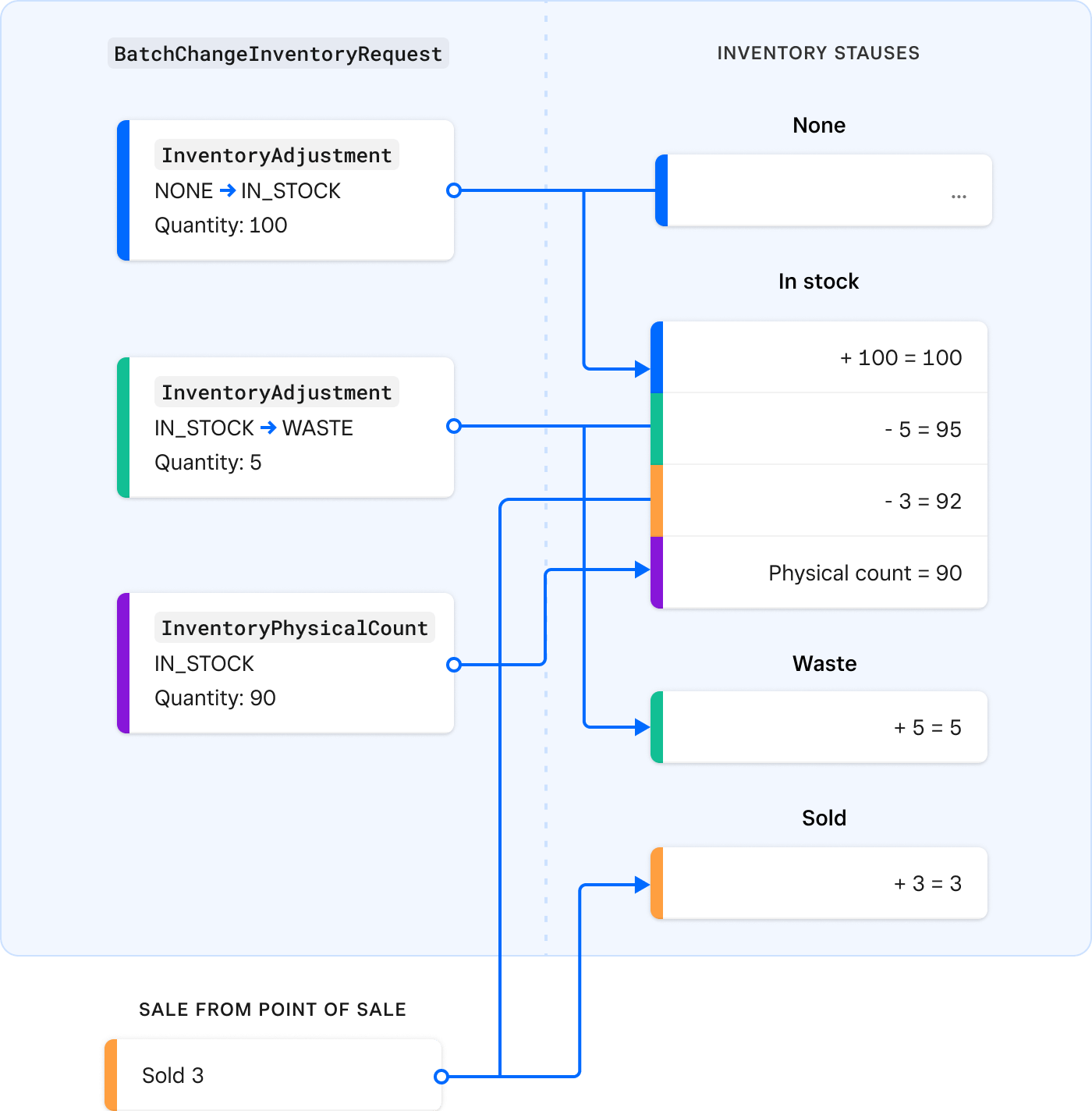 Individual changes in a batched state are recorded based on their individual client timestamps, but they are applied (all or nothing) as a single request. Assuming that the inventory count for the targeted catalog item variation starts at zero:

Inventory quantities are also affected by Square payment APIs and POS applications. In the previous example, when the Square POS application records a transaction, it moves three units from the IN_STOCK state to the SOLD state. Assuming that the transaction timestamp places it after the batch update succeeds, the new calculated inventory count for IN_STOCK units is 87.

The SOLD state is a terminal state. When inventory items move to the SOLD state, the units are no longer explicitly tracked. Transferring quantities from SOLD to some other state introduces a new quantity into inventory rather than changing the quantity in the SOLD state. For example, consider the case where "Small Leather Collar" has 100 units in the IN_STOCK state. If five units are sold online and three units are sold in the store, there are 92 units tracked. If a customer returns two units to the store, there are 94 units tracked: 92 units with the IN_STOCK state and two units with the RETURNED_BY_CUSTOMER state. 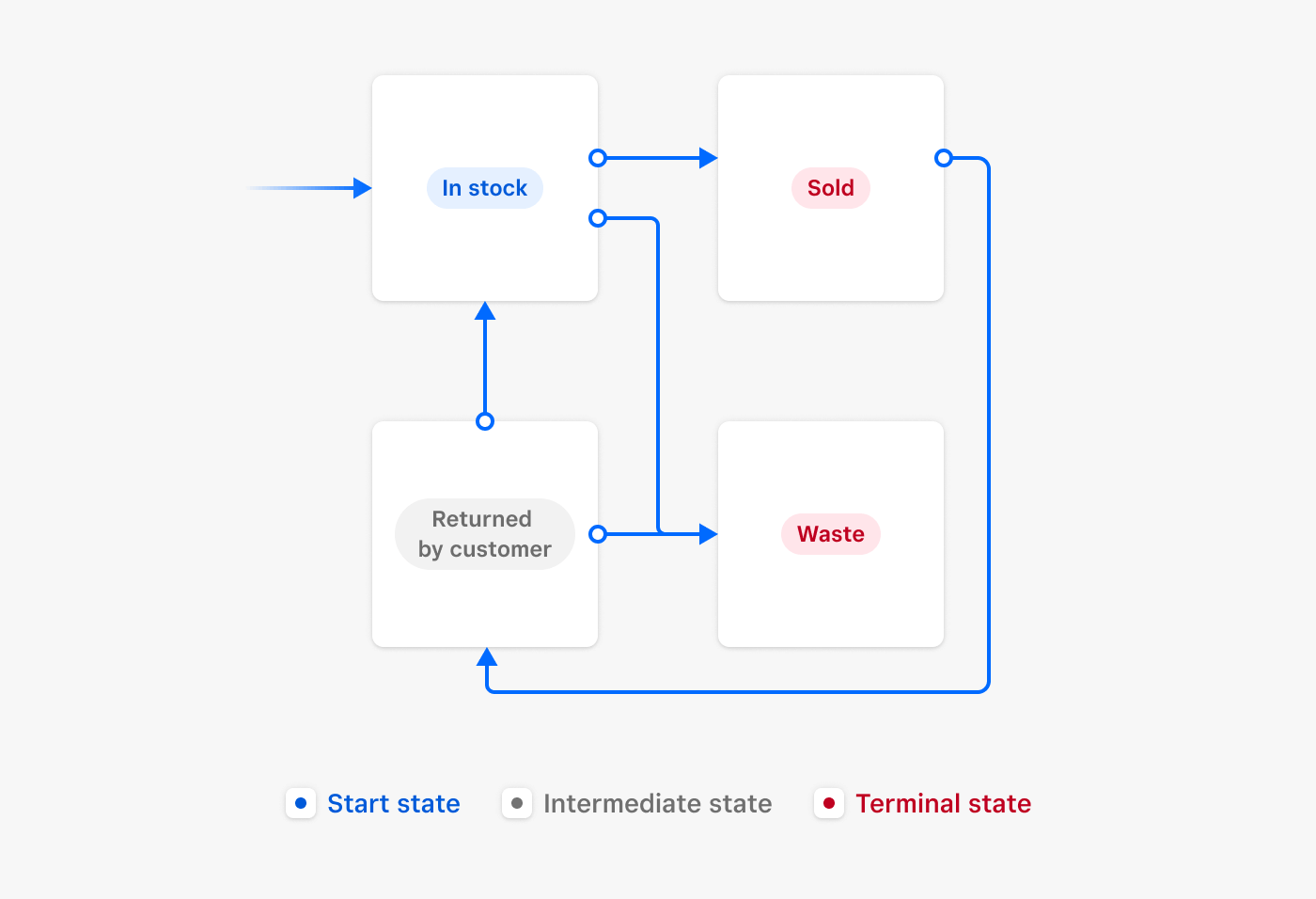 In addition to the support state transitions, the Inventory API might return additional read-only states as part of the change history for a given item variation. Transitions to or from read-only states can only be triggered from within Square products.

If inventory tracking is enabled in the Square Seller Dashboard, completing an itemized transaction with Square products automatically moves the quantity sold from the IN_STOCK state to the SOLD state. 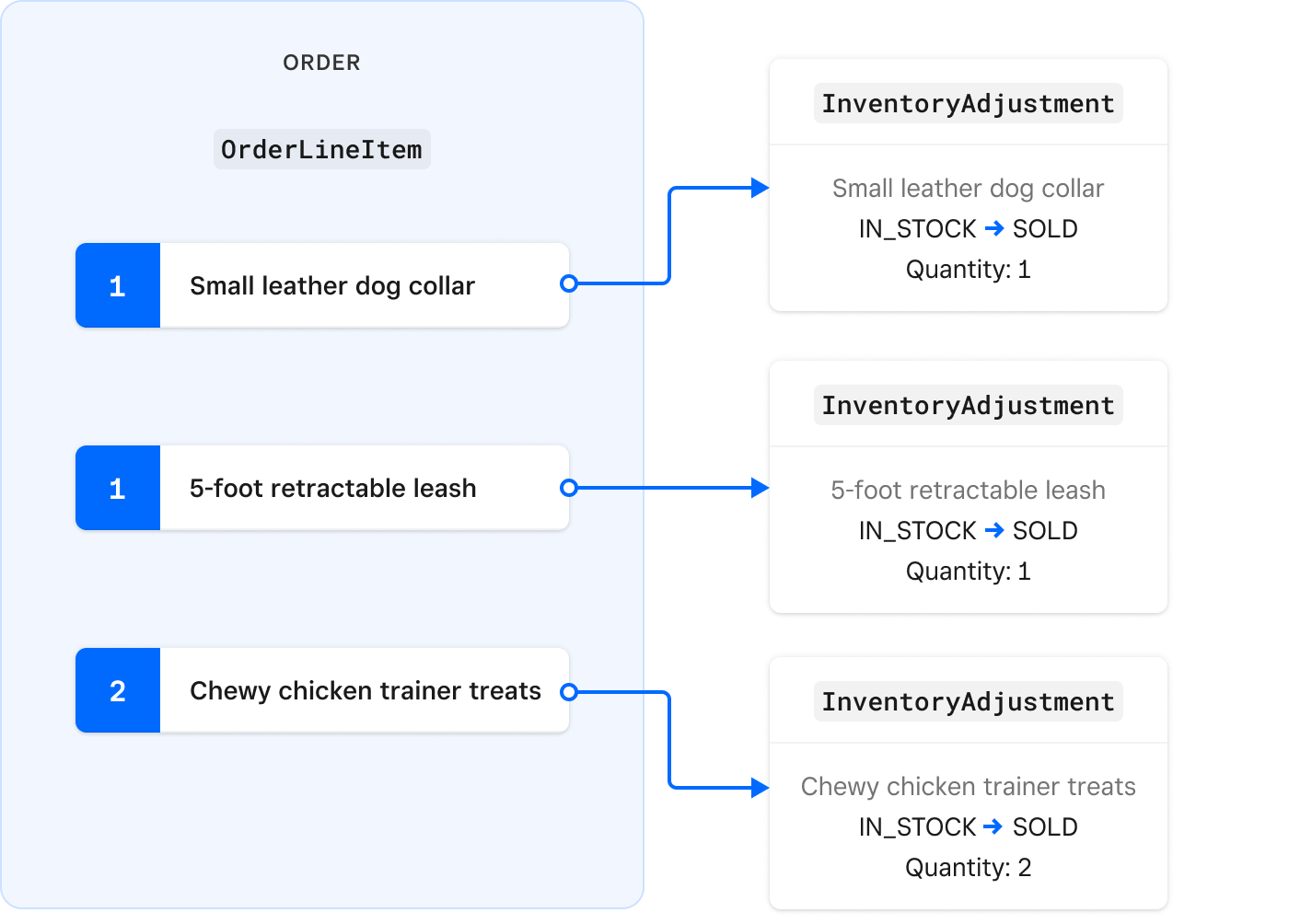 The ignore_unchanged_counts flag is enabled by default so developers do not inadvertently spam Square servers with redundant InventoryPhysicalCount requests. Do not disable the ignore_unchanged_counts flag unless the associated InventoryPhysicalCount request represents a true reconciliation, such as an actual physical count by a person.

If you need more assistance, contact Developer Support or ask for help in the Developer Forums.