Square now supports Afterpay in-person payments for all eligible Square sellers in the U.S. and Australia. Developers do not need to write code to unlock Afterpay in-person (via Terminal API, Reader SDK, or POS API) — it is automatically available to eligible sellers that accept tap-to-pay with Square.

We recently released an update to Payments API and Reader SDK that distinguishes Afterpay payments from digital wallet payments. This is just an FYI to our developer community — check out our changelog for more info and feel free to ask any questions in these forums!

Is the seller enabled for Afterpay? It should be visible if they’re enabled.

Yes, the seller has Afterpay enabled and active and then when they click on settings for Afterpay it shows online and in-store and both of those are enabled and show active as well. Plus the seller has the option when sending invoices to enable Afterpay so they definitely have it active, it is just the POS they use with the Square Terminal API that doesn’t show the Afterpay logo on the terminal screen in person. 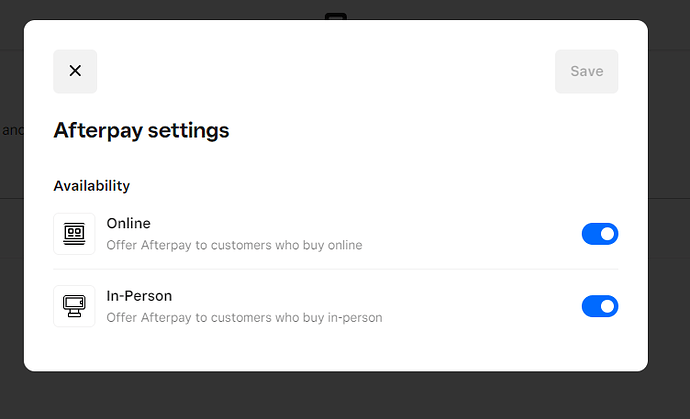 What’s a checkout_id that isn’t giving the option for Afterpay?

How do I find that out?

Also, I am assuming I was correct about the Afterpay not working if they don’t see the Afterpay logo on the terminal screen?

Update - @Bryan-Square - No I am talking about the blue screen 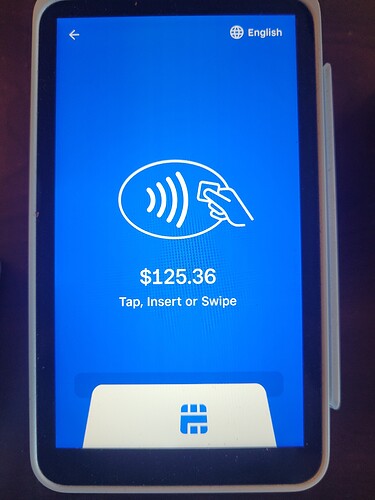 Are you looking for the Afterpay option on the idle screen? If it’s available it will appear on the blue checkout screen.