Squash makes it easier to find and fix your bugs by providing advanced notification and analysis tools.

Squash is a web app and collection of client libraries that records exceptions in your code, and gives you the tools you need to analyze and fix the bugs that caused those exceptions. The main emphasis is finding someone who can take responsibility for the bug and notifying him or her, keeping the signal-to-noise ratio very high. 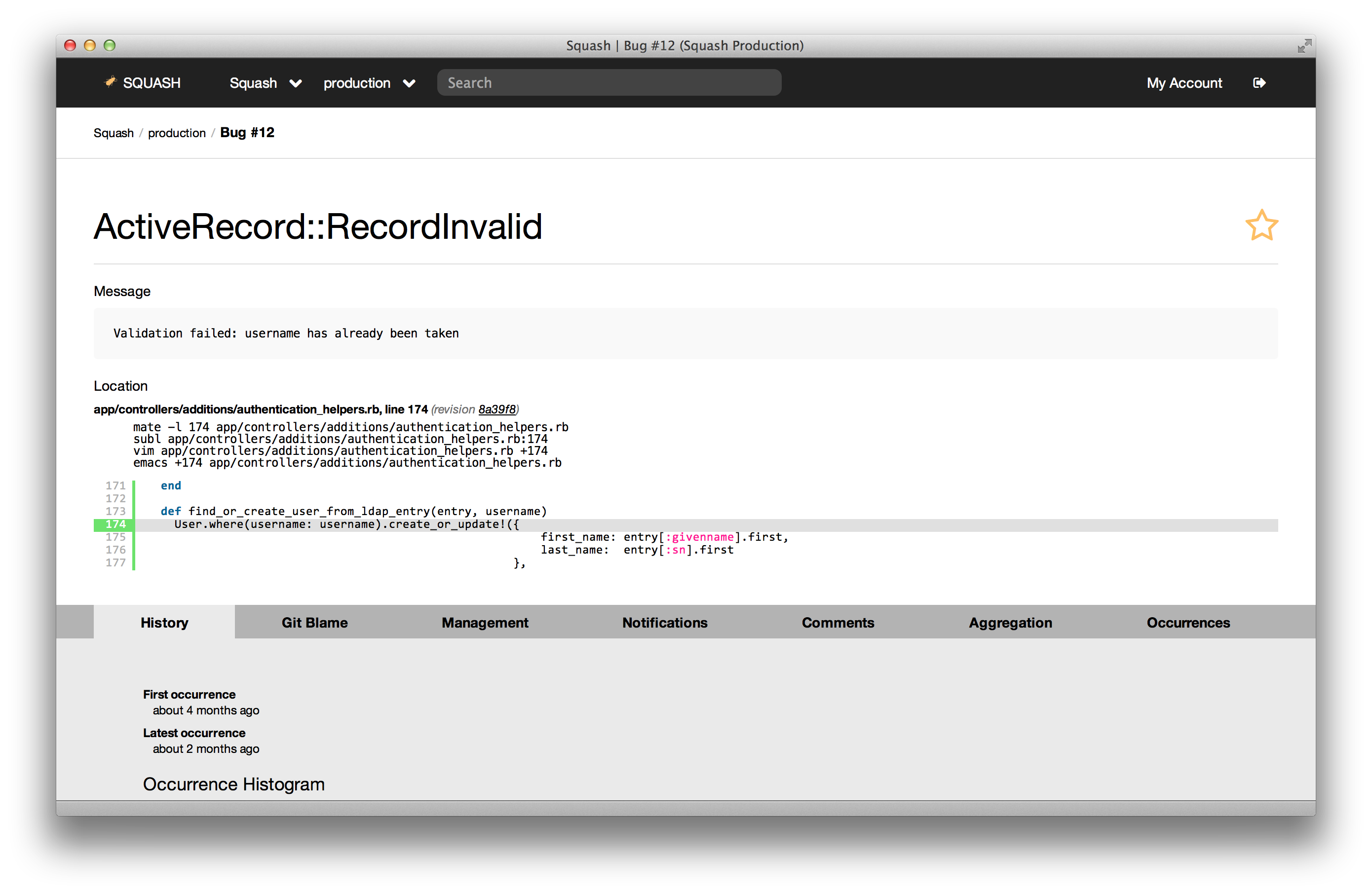 We wrote Squash to make it as fast and easy as possible for you to find and fix bugs that happen in production. For example, Squash uses git blame to make a “best guess” at which engineer can most likely fix a bug, and then notifies only that engineer (and not your entire development team).

Makes it faster and more obvious to find a root cause

Once you’ve been notified of a bug, you can use Squash’s analysis and aggregation tools to deconstruct what happened. Did this bug start only after a certain deploy? Does it happen only on certain mobile devices? Does the flash hash contain unserializable objects?

Keeps everything in one place

For more difficult bugs, Squash has a suite of collaboration tools, like commenting, assigning, and resolving bugs. There are lots of other features: Squash can symbolicate iOS stack traces, de-obfuscate Java traces, and source-map JavaScript call stacks.